Terms and Conditions for Entering the Saturday / Sunday Fun Tournaments

Spectators need to switch their mobile phones to silent throughout the duration of the tournament. If a mobile phone rings, a spectator may be asked to leave the playing hall.

Spectators must not give advice to players or make any comments about a game while it is in progress.  This is cheating, and a spectator may be asked to leave the playing hall.

The tournament will be played in a 'Swiss' format, with 7 rounds, or a 'round-robin' format, depending on the number of entries. All players will play all rounds, and no one is knocked out of the tournament. Players score 1 point for a win, 1/2 point for a draw, and 0 points for a loss. The winner of the tournament is the player with the highest overall score.

The tournament will be played using chess clocks. The time control will be 15 minutes per player. A demonstration for new players on how to use chess clocks will be made before the start of play. Once a player makes a move, they need to press the button on their side of the clock. This starts the opponent's time ticking. When a player reaches zero on the clock, they lose the game.

When a player's king is in danger, this is called 'check'. That player must escape check immediately by either taking the opponent's piece, blocking the check, or running away with the king to a safe square.

If there is no way to escape from check, then that player is in 'checkmate' and the game is over.

A game is not won by taking the opponent's king. If a player makes an illegal move (a move against the rules of chess), then that move needs to be taken back, and a legal move played instead.

No player is allowed to give advice to another player, while their game is in progress, including calling check, checkmate, and time (flagfall). This is cheating and penalties may apply (such as taking a point from a player's total score).

If a player has a question or a problem at any time, they should raise their hand, and an arbiter will come over to help out.

If players agree upon a result and shake hands, the result must stand and cannot be reversed. This means that is the player's responsibility to carefully make sure that a position is actually checkmate, if checkmate is announced by the opponent.

When a game is finished, the players should:

Any decision made by the arbiter will be final. 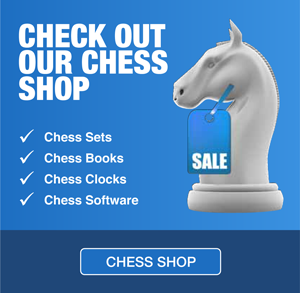